It was an experiment based on the unintentional highlighting of the Hogwarts Address Plaque with an interesting outcome. Dealing with scrap, note the #20 biscuit in the right side, expect surprises. I gave it one coat of MinWax PolyShade in Gloss Pecan. Why? 1) to seal it and 2) because I was finishing some other stuff and the PolyShade was open.

Jim is a reference to a good friend, Henry James (Jim) Bedinger, Commander, U.S. Navy, Retired and fellow author. His work, Patriot, Prisoner, Survivor: An American Family at War is a tough read because it explains how you survive more than three years in North Vietnam as a Prisoner of War. And far more interesting than my books on accounting and computer applications.

The outcome is pretty nice. You can see where the acrylic pealed in some spots. You can see the cut depth increments from the V-bit, you can hardly feel them. Light sanding, post photo, and they vanished. The red layer is pretty thin, the white layer is NICE, and the (not quite Navy) blue tops it off. I think I would go with four or more coats of red if I were to do it again.

Post photo, the plaque will get a clear coat after some touchup work.

Found an interesting book, Do Not Open This Math Book by Danica McKellar. Some of us know her as Winnie from The Wonder Years, now with Hallmark Movies. And that book has inspired the next CNC project. Yes, a math based CNC project. “Linear math.” Hmmm. 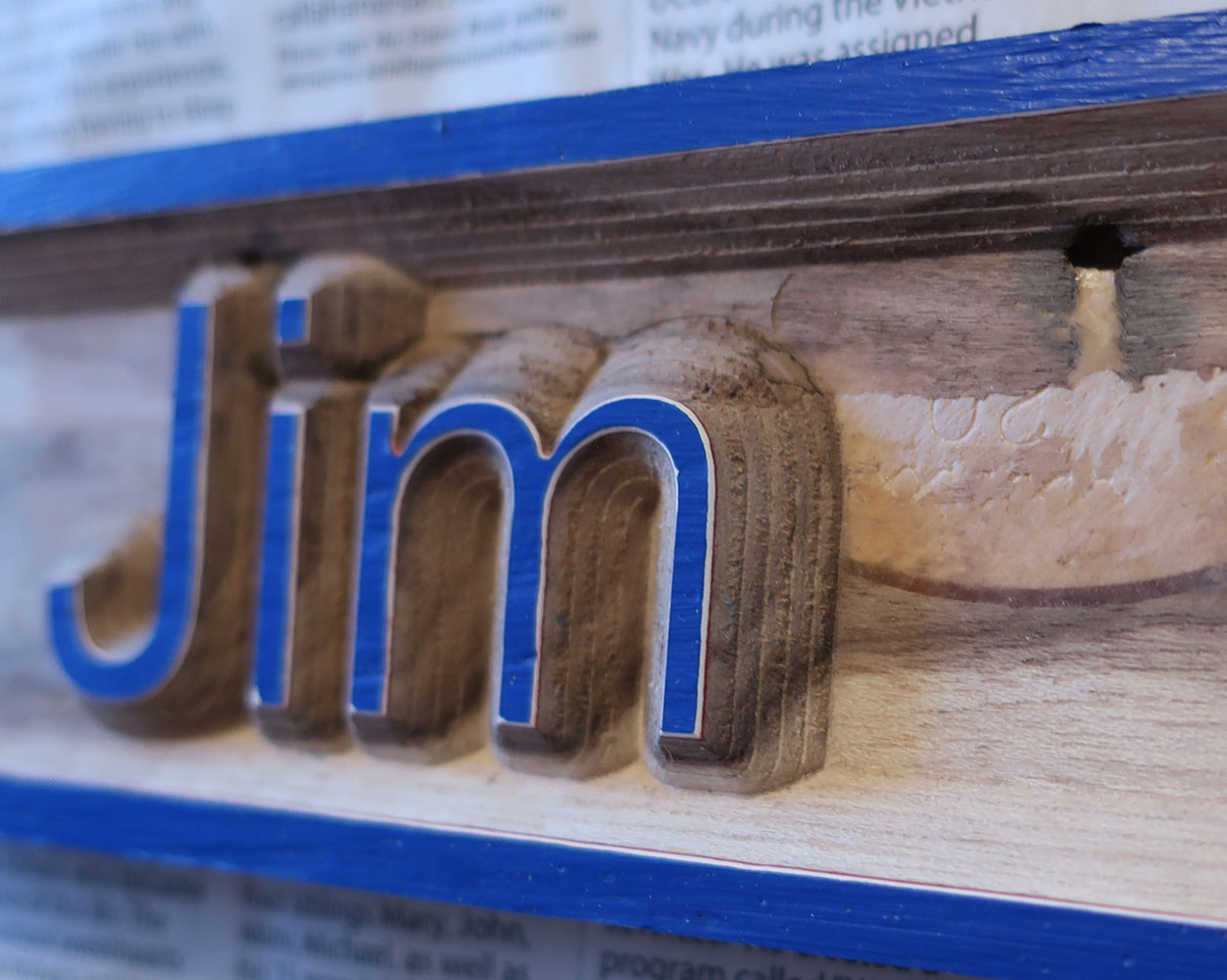 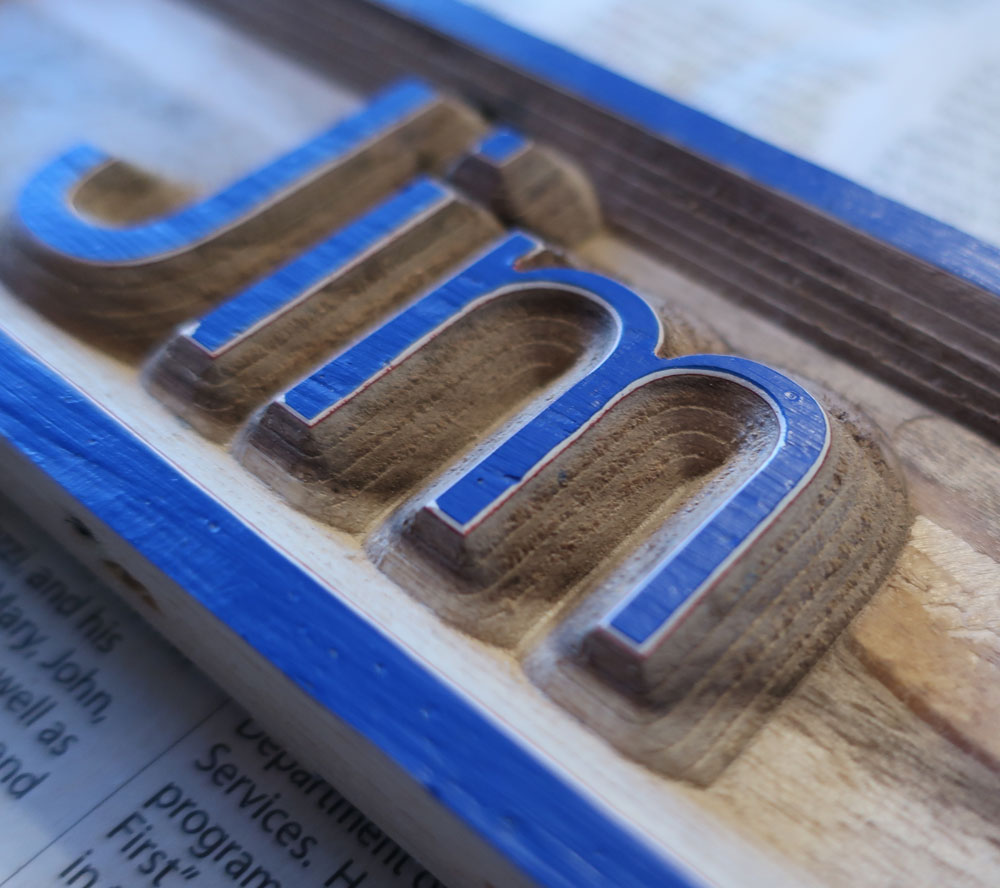 Looks good and the effect is very noticeable. Sounds like getting the paint from ripping/peeling is a trick to master.

The book Jim wrote sounds interesting as some of us are young enough to have not had to go fight that war yet old enough to know many how have and how it still effects them to this day.

I remember Winnie and remember hearing she had a super high IQ and was a math genius. Sounds like another interesting and completely different book. Thx.

She went to UCLA as a math major and received a PhD in Math from Univ. of Chicago. She must be the smartest actor ever! She should get together with Brian May, the guitar player from Queen, who has a PhD in Astrophysics.

Fusion360 has an API where you could write code to create shapes based upon mathematical models. That could produce some interesting results.

Lem,
Thanks for the info on “Winnie.” She was just the ideal girl next door in the Wonder Years and I fell in love with the role / actress. Now with Hallmark in the same “ideal woman of life” roles.
Working on a number line project for Princess Lilli the Bean of Candyland, my 5-year old granddaughter inspired by the book. (No one is reading any of my 69 published books anymore. College textbooks.)
Not familiar with Fusion360. I bought the etching laser posted earlier in the forum and was having troubles with depth issues on the Shapeoko so the laser got put off to the side. Think I resolved those issues so catching up on dream CNC projects. Maybe I will get to the laser soon.
I have seen several interviews with Brian May. Great guitar player. My guitar strumming fits better into the category of abuse of the instrument and anyone in earshot.
Interesting guy and interesting comments about his dad. His dad thought he wasted his education until he saw him on stage ONCE. Part of the “conversion” was the joy his dad saw at Brian had in front of the audience, part of the “conversion” of his father was the joy of the audience.
Thanks,
Rex