I’ve only used Kiri:Moto a couple times so far but as a very rookie CNCer I found it pretty easy to use to generate toolpaths. I’ve met the developer also and he’s not only a very skilled software developer but he’s also a user of his software and enjoys making it better and easier to use and it’s free for anyone to use.

He’s asking for input on a few changes he’s making and I thought it would be valuable if any of you CNC regulars had input into the proposed changes. It might help taking a quick look at Kiri:Moto and since it is a web browser based tool you can by just going to https://grid.space/ and then clicking the Kiri:Moto logo at the top. You can even upload a design and get a toolpath back after setting up the firmware, defiining some tools and selecting which toolpath ops you want(rough, finish, outline, drill, etc)

Here are his proposed feature changes:

I’d like to get feedback on a few planned changes and also open the floor to suggestions for new or improved features.

I’m in the process of looking at adding drag-knife support in laser mode. But I’m on the fence. It could also fit in CAM mode. However, that would require adding a “knife” mill type and that would complicate things. Thoughts?

From the developer of Kiri:Moto( toolpath generator for CNC, 3DP and Lasers ):

I am aiming to promote the 2.3.x development branch to production by the end of next week. Tonight’s D7 release will mark the end of new feature development for this branch. Once 2.3 is released, I will put out a proposed roadmap for comment. In order to help test this, select the “development” release using the app chooser at https://grid.space/choose 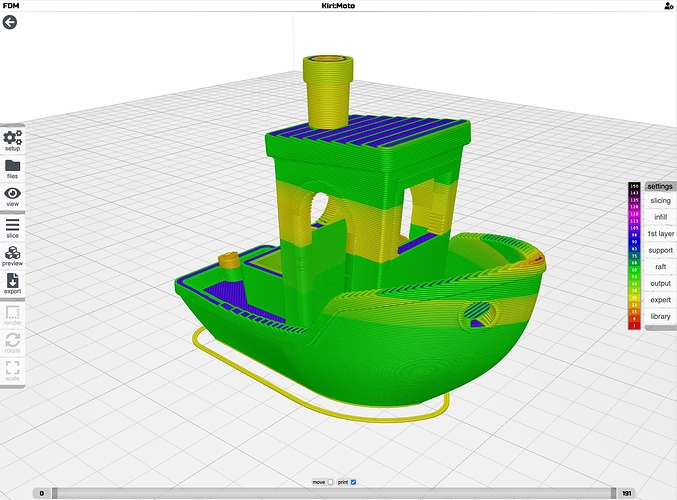