Hi. Following the thread here, I was able to get my Ortur laser engraving aluminum. Getting the lab jack (amazon item B07KDXJGX9) was very helpful - being able to get fine adjustments made focusing the laser much easier.

I purchased some anodized aluminum business cards on Amazon - the item number is B01LMWY8S4 - and had bad luck trying to engrave them. I read that using layout ink might help, so I tried it out. This is the same engraving, same settings; the only difference is the engraving in the upper left was through a layer of black Sharpie marker. 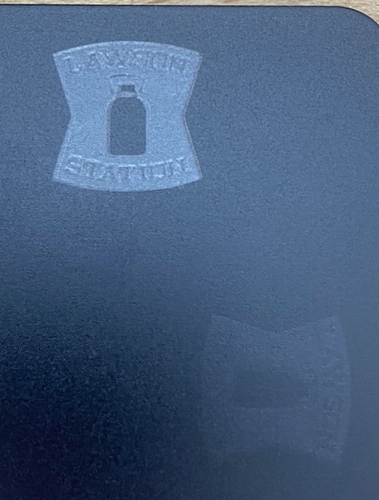 sharpie1227×1616 322 KB
The image on the lower right is without any marker. I wiped the marker off with alcohol prep pads.

While black isn’t the worst color to try to engrave, it is almost the worst. Using sharpie on other colors helped, as well.

I tried putting sharpie on a copper disc I picked up from Michael’s, and it did nothing. I’d hoped for at least some discoloration. I could see using photoresist and ferric chloride to etch copper, but as far as doing anything to bare copper, no dice. 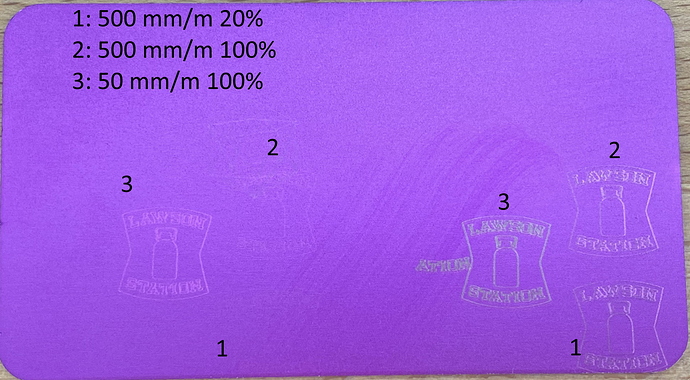 I’ve made some notes for the experiment this morning. This is after I wiped off all of the sharpie with acetone. 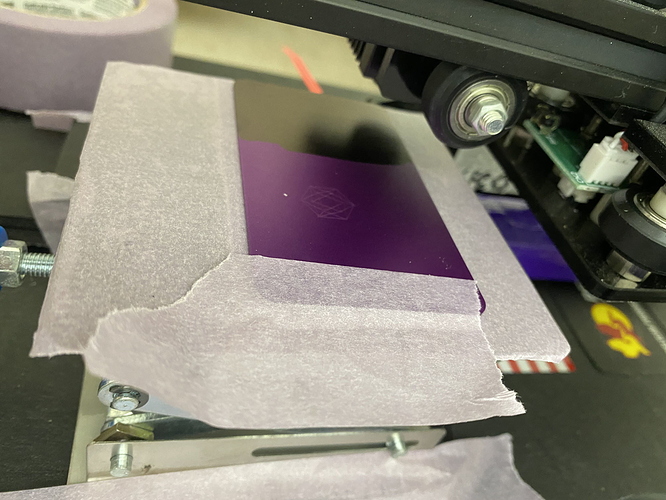 Here is the setup: the lab stand is very helpful for getting fine focus.

Hi, @JnDcrafts . Unfortunately, I gave my ortur to a friend and bought a different laser. I wish I could help, but I no longer have the software nor the settings.